​From a passage I (Richard) wrote in 2004 on page 645 of Business Voyages: Mental Maps, Scripts, Schemata, and Tools for Discovering and Co-Constructing Your Own Business Worlds, first published in 2008:

"I am not a Democrat, or a Liberal, and for sure I am not a Republican, or a Conservative. I am a member of the FFPP, my own creation, the FreedomFairnessProgressParty. If you would like to join this party, send no money, but act in such a way as to encourage all people to act and vote in truly free, fair, and progressive ways. Most Democratic congress people seem about as devoid of workable solutions for real problems in today’s world as Reagan and Bush II, although I will say I think Democratic politicians in Washington in general have been more Christian-like than Republican politicians in Washington since 1980. At least they were less inclined to take from the poor and give to the rich. Most Republican and Democratic politicians have done little in the last twenty-five years but slavishly vote for their party line, as they were told by their party bosses, to conserve their chances of getting help from their party bosses in their next election."

Vote the incompetents in Washington out ASAP and replace them with free, fair, responsible, progressive members of the FFPP, who want to do the right thing for all people, not just large corporations and the elite rich.

Unfortunately, as of this writing January 11, 2020, it seems most Demos voting in the 2016 primaries were not very bright, not having the sense to vote in their own interests, since most voted for Hillary, the establishment candidate, instead of Bernie, who could have beaten Trump in the Electoral College.

Following are some planks in the FFPP platform.  Read Business Voyages for more about what this party stands for and advocates. To learn more about the book go to the Effective Learning Publications page on the Masthead of this blog at the top of this page.

The last thing we need now are more party-line pandering establishment-financed career politicians, out to feather their own nests and the nests of their sugar daddies ensconced in their corporate headquarters atop skyscrapers and their favored elite rich few by slavishly voting for bills, acts, laws and rules in their favor, such as their current so-called tax reform proposals, another tax cut for the rich, at the expense of we the people on the ground, in the on-going US class war, exponentially increasing the incomes and wealth of the elite rich from year to year, creating ever-widening inequality, inexorably destroying our society from the inside, as climate change destroys it from the outside.

Trump is not a career politician. Even worse, he is a troglodyte who has lived in penthouses atop New York City skyscrapers, who never worked a day in his life at a real job for a real boss. He is a classic example of the class of people who pay career politicians to vote in their favor. Working and middle class voters in 2016 foolishly voted for Trump expecting him to work in their interests after he got in office as president.  Unfortunately, as history has shown, Trump has given the elite rich and the deep state everything they wanted, greater tax breaks and higher military spending than they ever dreamed of. The US debt has again exploded, and nothing has been done to help working people.

Get rid of lesser evil voting. I was criticized for not voting for the lesser evil for president in 2016, voting for Jill Stein, of the Green Party, instead.  I voted for Jill Stein because I think she is intelligent, rational, and ethical.  One of the most rational, intelligent, and ethical procedures she continues to advocate is rank-order voting wherein voters rank their top three choices and the candidate with the highest overall score wins, thereby getting rid of voters being forced to vote for the lesser of two evils.

Get rid of flat taxes. Large corporations and the elite rich now pay about the same after loophole effective tax rate as the middle class. Reset the top ALETR, After Loophole Effective Tax Rate, to above 70 percent where our wisest ancestors set it before 1980, who knew you have to have progressive income tax rates to prevent inequality from destroying democracy under capitalism.

Use the new tax revenue and borrowed money (including funny money—money created by the Federal Reserve System punching digits into computers and calling the resulting numbers money, that is used to purchase US Treasury bills and notes) to fund infrastructure projects in green energy, transportation, education and the like to improve the quality of life of all US citizens, that will create jobs generating middle class incomes in the US, that will spur more job growth as the incomes are spent, increasing sales in businesses, creating a multiplier effect that will create even more jobs, putting the US back on an uphill track, not a downhill one.

Reduce military spending. The US now spends almost one trillion dollars per year on its military, over half of discretionary spending in the US yearly budget, more than the next eight largest nations combined spend on military activities around Earth. We have become an imperialistic war-mongering nation. Most of the military budget is for offense, not defense.

Increased tax revenues and military cost savings could be used to fund some sort of guaranteed income system such as proposed by Democratic presidential primary candidate Andrew Yang, who proposes providing $1000 per month for families.  Whether this is the right amount is debatable but the idea is sound. This would significantly increase aggregate demand which would increase sales for businesses and promote job growth.

Get rid of the Gramm-Leach-Bliley Act. Bring back the Glass-Steagall Act of 1933 which was gotten rid of in 1999 by the Gramm-Leach-Bliley Act, signed by Hillary's husband Bill when he was president, possibly the most unethical and harmful piece of US legislative action of the 20th Century, which gave bankers in too big to fail Wall Street banks permission to gamble with bank money backed by depositors and citizens using derivatives, financial weapons of mass destruction, turning the money and banking system into a giant gambling casino, putting the deposits and pension money of all citizens at risk to this very day, unfairly biasing the economic system in favor of banksters in big New York City banks.

Get Rid of For-Profit Healthcare.  The United States is the only developed nation on Earth in which the healthcare system is a major cause of bankruptcy for citizens with one of the worst ratios between cost of service and outcomes, such as infant survival and life expectancy for all.  Vote in and install a Medicare for All system that insures all citizens with rational premiums and controls costs by setting rational prices for drugs and medical services based on time-honored procedures used to regulate natural monopolies such as electricity and water utilities.  Read my article  "Why Healthcare Should Be Managed As A Natural Monopoly"for more detail on natural monopolies.  Free enterprise does not work in the healthcare industry because demand is inelastic, meaning customers are forced by necessity to buy products and services regardless of the price charged, if they want to stay alive or prevent chronic unnecessary impairments.

Randomly Select Discussion Leaders.  I used a spinning arrow, called a Classroom De-Gamer™, over 30 years in all my university case method business courses at Georgia Southern University to point out and randomly select the discussion leader of the day, thereby insuring every student in the class had an equal opportunity to be the class leader of the day, thereby teaching democratic leadership behaviors. I am convinced you could randomly select intelligent knowledgeable citizens off the streets of the US and send them to Washington replacing all sitting politicians and the US government would improve overnight, since these citizens could use their common sense to vote for things benefiting we the people, having not been paid with corporate and elite rich money to fight on the side of large corporations and the elite rich in the US class war.  Randomly select committee members and discussion leaders for real debates on house and senate floors and in all committees to define problems and opportunities, discuss advantages and disadvantages of alternatives for everyone, and make recommendations.

Randomly selecting leaders is not a novel idea. The ancient Greeks had the idea and used it as early as the 6th Century bce. The process is called sortition.
Random selection of political leaders would be better than the election systems we now use—for the simple reason randomly selected leaders would not be beholden to vested interests, or corrupted by the money current politicians have to raise from rich patrons to purchase TV and mainstream media print advertising to get elected to federal offices, money that has to be paid back once they get in office, insuring the government is run primarily to benefit large corporations and the elite rich, not we the people.  Read my book Born to Learn:  A Transactional Analysis of Human Learning to get the full picture for how this process works.

Get rid of Citizens United of 2010. This abominable 5-4 Supreme Court decision affirmed into law by five right wing judges was possibly the most deleterious US Supreme Court decision in US history, sabotaging democracy in the US, defining corporations as people with free speech and therefore free to spend as much money as they wished for political campaigns, to cause politicians to enact laws reducing their taxes and bending the rules of the economic game in their favor, thereby undermining the interests of middle and working class people in the US .

Elect Better Leaders.  I recommend some combination of Sanders, Warren, Gabbard, and Yang for president and vice president in 2020. Assuming the DNC and the Deep State again get their way and Biden, the DNC preferred candidate at the time of this writing, winds up the Dem candidate in the general election, in my opinion he will become another establishment lesser-evil candidate unlikely to cause significant improvements in the functioning of the US government if elected president.

Modernize the US Constitution.  Did you know the US Constitution does not actually guarantee a right to vote for all US citizens? Well, it doesn't, as William John Cox points out in his Counterpunch article at https://www.counterpunch.org/2017/01/25/the-us-voters-rights-amendment-explained/. Cox, a retired public interest lawyer and a prolific author has proposed a US Voters Rights amendment to the US Constitution to insure a right to vote for all US citizens, and correct many other deficiencies in the US voting system, such as problems caused by the abominable US Electoral College and the equally abominable Citizens United of 2010 Supreme Court case that legalized large corporations as people for campaign contribution purposes. Read Wm Cox's article at https://www.counterpunch.org/2017/01/25/the-us-voters-rights-amendment-explained/for a detailed plan on how to make these corrections and several more that are greatly needed to modernize the US Constitution. 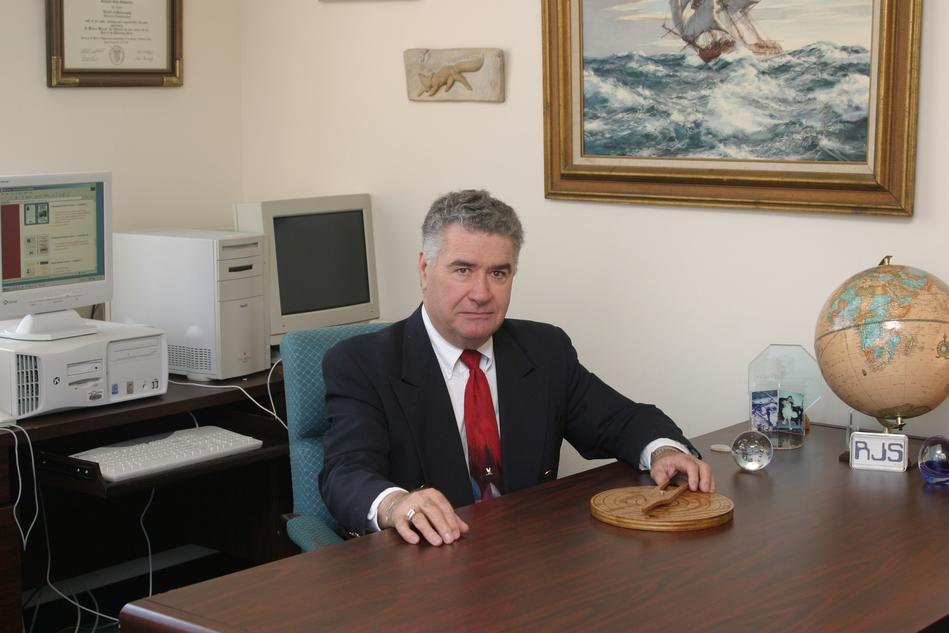